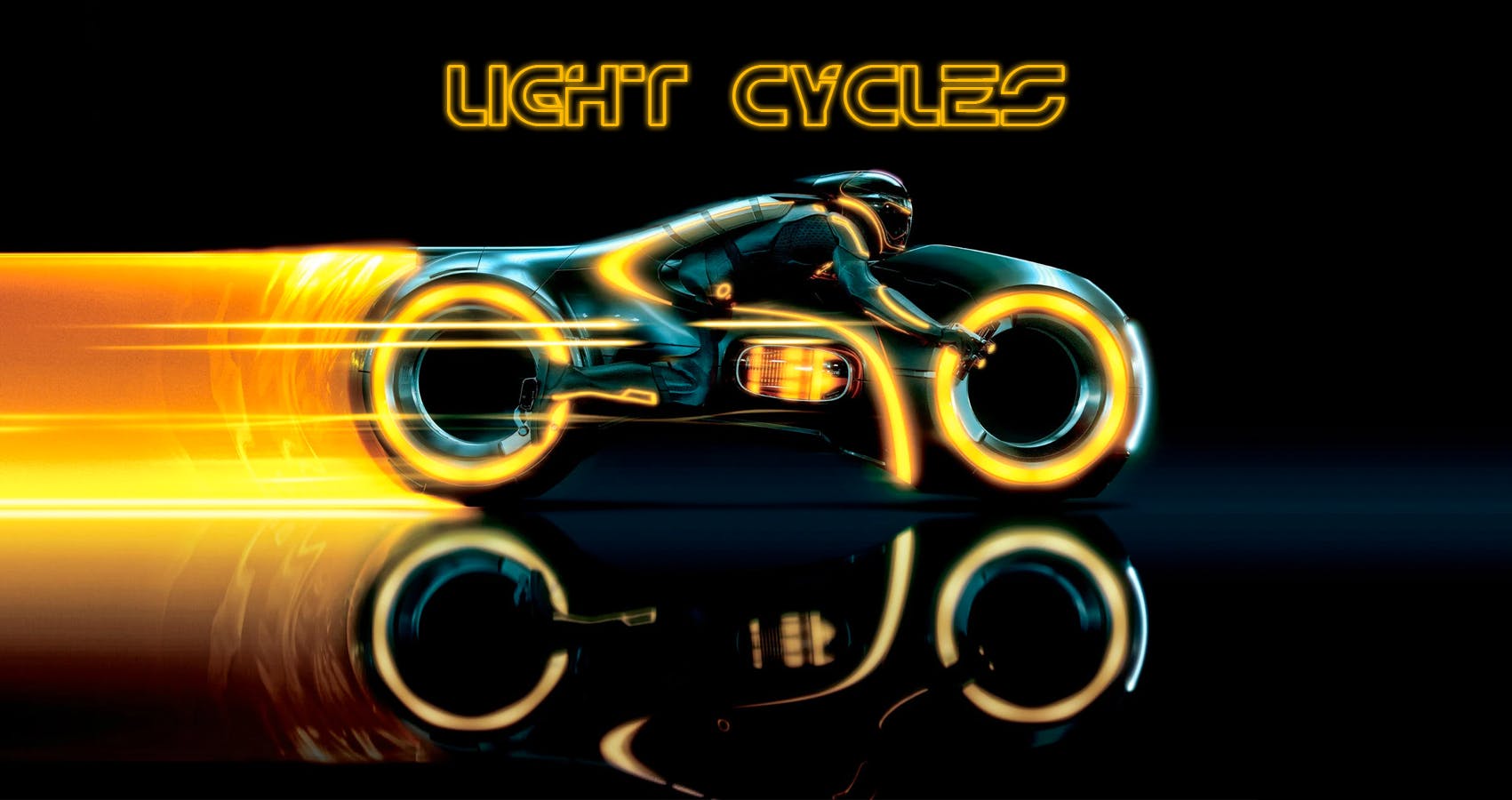 For my first Ironhack project I built a snake-type browser game (hosted on GitHub Pages) using JavaScript, CSS and HTML5, including the canvas element. Working with this "vanilla" tech stack helped me to better understand various fundamentals like event listeners, classes (from ES6 aka ECMAScript 2015), callbacks, clean code and more. I'm glad to have worked on this foundation before moving on to using a library like React.

Inspired by the 1982 film Tron, the purpose of the game is to "derez" (destroy) the enemy "Light Cycle." Light Cycles move in straight lines and leave behind solid "jetwalls" in their wake. Players, represented by Light Cycles, race around a two-dimensional "Game Grid," using keys (up, down, left, right) to change direction. Players can also use fusion power to speed up their Light Cycle as well as shoot bullets.

The game is over when a player crashes into either the other player's or their own jetwall or bullet explosion.

Given that this was a learning project, I'm proud that the game is actually fun. I realized it wouldn't be interesting if players couldn't reach one another, so I added elements like acceleration and bullets (which can blow up walls) to improve the gameplay. Below find some links and highlights.

I followed a model-view-controller design pattern, with most of the JavaScript divided across three files:

I left the canvas paint instructions in the controller (rather than defining them in the view) since the logic is so simple, i.e. painting a jetwall requires one line of code to fill a rectangle:

However, if the UI logic were more involved (e.g. involving complex graphics), these should be defined in Main (view) and passed to the controller as a callback to be called at the appropriate moment.

The controller loops through the following update cycle every animation frame:

Creating the logic for the various types of game collisions was among the most involved parts of the project. For instance, players can crash into their own jetwall or that of the other player:

Or for example, when bullets hit the jetwall or fuel they create a small explosion that can derez a player (if it hits the light cycle), destroy fuel or destroy a part of a jetwall (by splicing out the piece of the array that stores the "tail"). There can be many bullets flying around at any given time so this check must be performed per bullet per frame.

Even with a simple game, with multiple moving objects the logic of potential intersections can quickly become complex, which gives me a better appreciation for how amazing even the Nintendo games I played as a kid were.

To fit with Tron's '80s aesthetic, I went with a neon on black color scheme, using the TR2N typeface for the logo and controls – throw an outer glow effect on there in Photoshop and boom. The futuristic light cycle art is from Tron Legacy (2010).

For sound, I used the song The Grid by Daft Punk from the Tron Legacy soundtrack. Beyond using a simple HTML5 audio element, the game gave me a chance to play around with the Web Audio API, with the following easily adapted to play multiple songs: